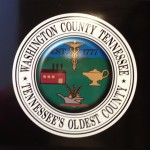 Three hundred settlers made their way to the French Lick on the Cumberland River during the Winter of 1779-80.

The Battle of Kings Mountain.

The State of Franklin era.

The Territory of the United States South of the River Ohio was formed when North Carolina ceded its western land (Tennessee country) to the Federal Government.

County was a part of the Territory South of the River Ohio.

June 1 1796, Congress approved the admission of Tennessee as the sixteenth state of the Union.

Tennessee restored to the Union.

Get Site Updates by Email!

Betty Jane has been the Washington County coordinator since 1996!

© Washington County TNGenWeb and all content contributors. All rights reserved.