Cumberland County was divided in the Civil War. It has been said that brother even fought against brother and neighbor against neighbor as members of the same family and neighborhood fought for the Confederate and Union sides.

No figures exist to show how many people in Cumberland County supported the Confederate or Union side. 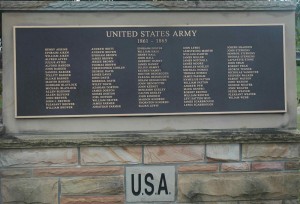 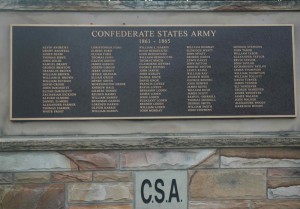 In 1891 the state of Tennessee passed legislation to establish a Board of Pension Examiners. This board had the authority to decide if a Confederate Veteran applying for a pension was incapable of “making a support” and if his service was honorable. Veterans must have been a resident of Tennessee for one year before making application. Pension applications contain information related to soldier’s descendants, veterans place of enlistment, unit, period of service, battles participated in, and whether he was wounded or place of capturing. It also gives birth, number of children, and value of personal and real property owned by the veteran. Pensions for Soldiers’ widows were first issued in 1905. Their applications show place of birth for both widow and husband and names and ages of children. Some marriage certificates may also found in widow applications.

The following were taken from the indexes of Confederate Pension Applications of Soldiers’ Widows in Cumberland County:

Details about images used in the site header are here.